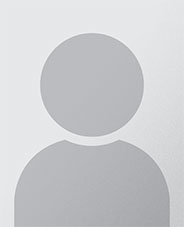 Hello, my name is Cameron Wilson and I was the 2019 United Space School Western Canadian Delegate!

USS 2019 has been the best 2 weeks of my life. I was proud to be the delegate from Western Canada for this fantastic program. The United Space School is hosted by the Foundation for International Space Education (FISE). It takes place every year, during two weeks in Houston Texas, home of the Johnson Space Centre, and the heart of America’s manned Spaceflight program. This year there were approximately 50 students from 25 different countries, meaning I got to interact with and converse with people from every populated continent! It was incredible; even though we live so far apart, in very different places; it was amazing what we all had in common. Everyone was fantastic and I made friends for life. Participating in this program has definitely helped me, and has confirmed what I want to do in my life.

I was fortunate enough to be on the red team, my first choice. As a member of the red team, I (along with 9 other delegates) was responsible for planning, researching, and designing the transfer part of the mission. Our job Monday to Friday for two weeks, was finding a way to get everything off Earth, to Mars, and then back again. We needed to keep the astronauts alive, figure out the transfer orbit, fuel, engine type, living areas, and supplies. We needed to work together within our teams, as well as with other teams to solve problems, and make our final product and presentation the best it could be. We were under the supervision and guidance of fantastic mentors, and many people who have worked in the aerospace industry for decades. It was definitely challenging, but very rewarding.

School hours aren’t all work either! We were lucky enough to go on several off-campus trips. We were able to go to the Museum of Natural Science, where we participated in a mock mission control scenario. We also visited the Johnson Space Center. We were able to see the centre of the American space industry up close. We went on a tour, where we saw a full size mockup of the ISS, the Mission Control, and the space shuttle simulator. It was amazing that the only thing separating you from the people talking to astronauts on the ISS was a thin pane of glass. After that we boarded a bus and got to see the neutral buoyancy lab, where they conduct practice spacewalks. One of the coolest parts was there were two Canadian astronauts in the building at the time; Jenni Sidey and Jeremy Hansen. We got to explore the visitor centre after that, being able to see the space shuttle Independence, the first US craft (Mercury) to orbit the Earth, and an actual moon rock.

Outside of school work, we also got to listen to various experts speak. These were people who work in the aerospace industry everyday. Their jobs are to get humanity into space, and one day back to the moon and Mars. We had people who worked in mission control, we had people who built space suits, we had people who designed the living quarters, and many more! It was amazing everything that I learned from these people, things like how CO2 is cleaned from the air, and how the life support on the ISS works! Things that you aren’t taught in school or university. Several of the speakers also gave us their personal emails, if we ever have any questions. We were also lucky enough to have some of our questions answered by Chris Hadfield on a video call!

After school, we would either have a school activity or a host family night. The school activities were amazing. Some of the highlights include like going to a putt-putt course, stargazing, a student soccer game, Tex Mex, culture faire; and even a Houston Dynamo game, where we held the banners on the field before the game began! Host family nights are decided by your host family. In USS, you are assigned a host family. Your host family acts as your family while you are in Houston. They drive you to and from school as well as take care of you outside of school hours. I had the privilege of staying with the Livingstons. They were great people, who really showed me what life was like in Houston, and showed me some of the local hotspots. My roommate was Petr, from Russia. A hilarious guy, and awesome to hang out with! Some of the highlights were going to Top Golf (modern driving range), several restaurants, Buc’ees, and swimming. One night we went to a restaurant, where I tried alligator and frogs legs; which were surprisingly quite good! My favourite thing we did was probably the day before we graduated, when they took us to their vacation house in Galveston. They had a boat, kayaks, and a beach that you could drive on. I took Petr and a few other students who were with us in Galveston driving all over the beach on a golf cart they had! We also got to enjoy the warm Gulf waters while swimming.

At the end of our two weeks, we presented our proposals for our mission to Mars. These were overseen and evaluated by several people who work for NASA. After our presentation they asked very difficult questions, and we were able to answer every single one of them. I was later complimented by some of the panel on my presentation, and that truly means a lot coming from people who have been working on the real life equivalent of what we did for years. They gave me some very helpful tips on how to get where I want to in the aerospace industry.

This course solidifies what I wish to do in my life. USS allowed me to experience what it would be like to work in my dream job, and I loved every second of it. Next year I am going to be attending either RMC, or a civilian university, most likely Queens or Waterloo and taking aerospace/mechanical engineering. I would then either be a pilot for a few years or go right into aerospace engineering. My dream job is to build, develop, and test rockets. It is amazing the connections that you make in just two weeks! I have life-long friends all over the world now, with lots of things in common. We’re looking to get together sometime next year already. I also made connections with several people in the aerospace industry. On graduation day I was told by some people on the panel that they think this wont be the last they’ll be hearing from me, and that I’ll probably see them again at some point. They also told me that I can always contact them if I ever have any questions or need help with anything.  Having these contacts, and having participated in this program will definitely give me a leg-up in the aerospace industry one day. I will be forever grateful to The Hangar Flight Museum for sponsoring me, and allowing me to participate in this amazing program! The United Space School is truly a fantastic, once in a lifetime program, perfect for anyone looking to work in the aerospace industry. It definitely changed my life. This was my first step into the aerospace industry; the sky is no longer the limit for me.