HISTORY OF THE CHAMPION

The “Champ” is a single engine propeller aircraft with fixed landing gear and a dual-cockpit. The Champ was originally designed by Ray Hermes and was first produced in 1945. The aircraft was produced from 1945-1951 and then due to high popularity, was re-introduced from 2007-2019. It also saw similar variations made under various company names through the ‘50s, ‘60s and ‘70s. The Champ was originally introduced as a direct competitor to the Piper Cub. It was meant to be used as both a trainer and personal use aircraft and exceled in both applications. The Champion was militarized and renamed as the Aeronca L-16 by the US Army and used extensively as a scout and reconnaissance aircraft during the Korean War.

The Champ also features a high-wing mono-plane design that many affiliate with Aeronca. The Champ was a favourite amongst private flyers because of its ease of handling and relative comfort. It is considered a light aircraft. The aircraft possesses a completely fabric covered design, although its fuselage and wings are comprised of both metal and wood components.

Most Champs relied on tricycle landing gear, although some models of Champions were able to be adapted as float planes. These models would include the floats necessary to land on water, as well as vertical stabilizer fins.

Our Champ came to the museum as part of a donation with the Cessna 140 in 2016 thanks to a generous donation from a farming family from Medicine Hat. The Champ was built in 1946 and was a favourite of the previous owner. It came to him with in the original yellow fabric colour in 1957. It was re-covered and painted in the current white and red scheme seen today. The aircraft represents a previous generation of flight that is intended to inspire dreams of aviation and flight for future generations. The museum’s Champ is a 7AC model, serial number 7AC770, marl CF-KOL. 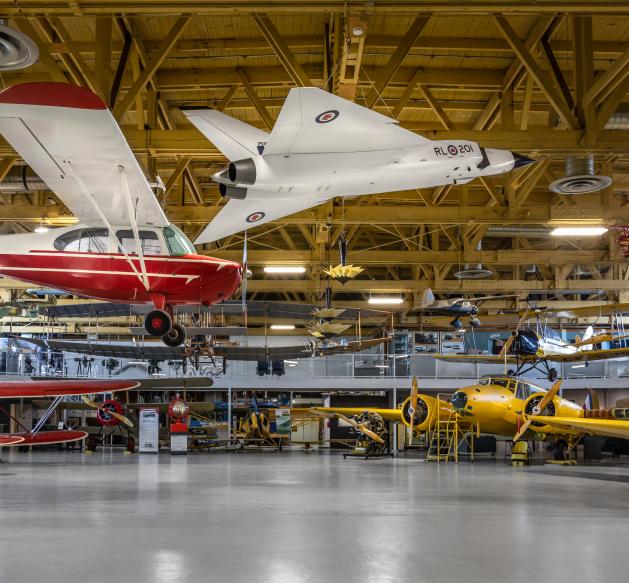 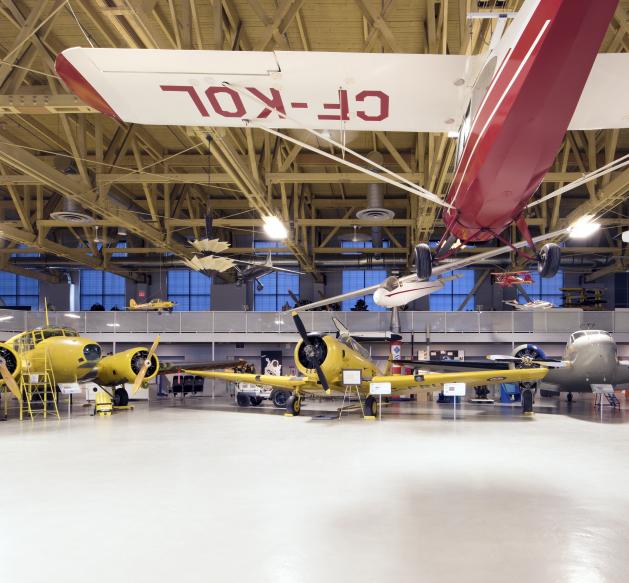 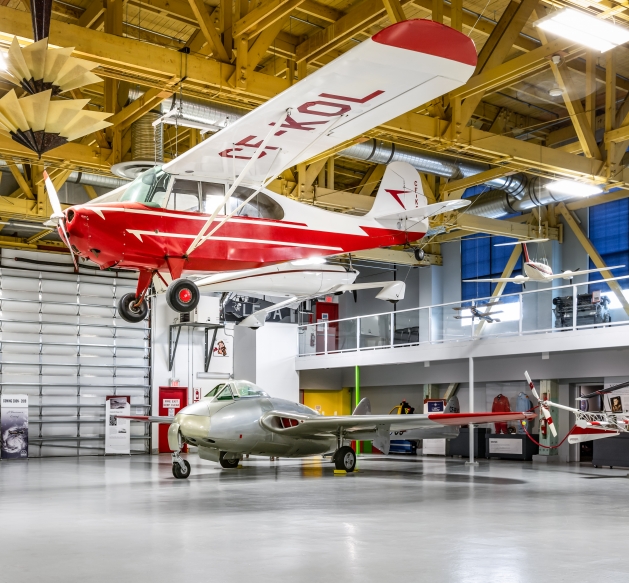