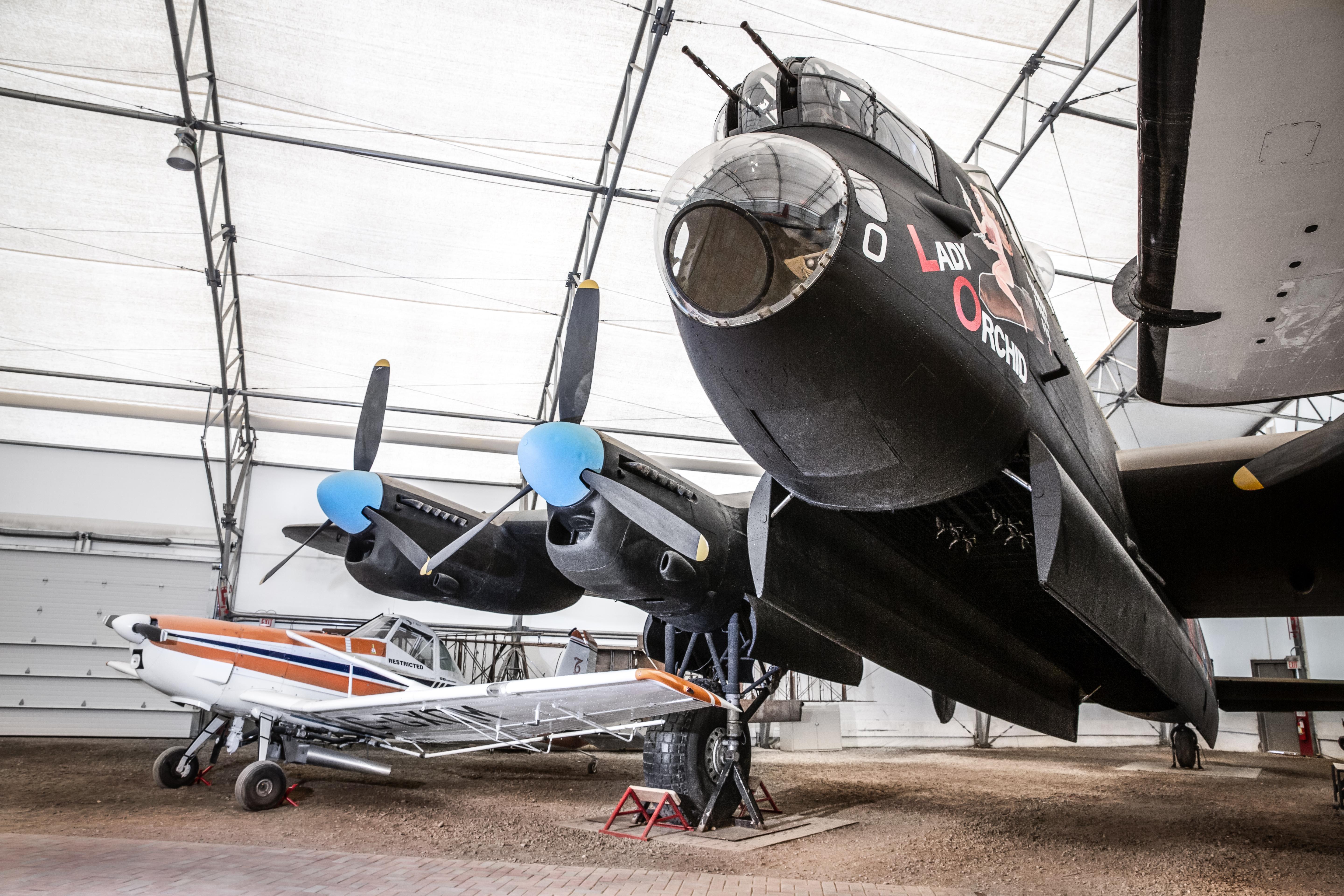 HISTORY OF THE LANCASTER

The Lancaster was a direct development of Avro’s unsuccessful Vulture-powered Manchester twin-engined bomber. The first four-engined Merlin-powered Lancaster flew on January 9, 1941.The 4-engined Avro Lancaster heavy bomber makes its operational debut laying mines and the first bombing raid on Essen followed one week later. The Lancaster Mk.I, fitted with Merlin XX engines, remained the only version in service throughout 1942 and 1943.

While known to thousands of Canadian airmen who served with Bomber Command, the Lancaster will probably remain best known for its part in the famous Dambusters raid on the evening of May 16/17, 1943 and for its part in sinking the German battleship Tirpitz on November 12, 1944.

During the war Lancasters carried out a total of 156,000 missions and dropped 608,612 tons of bombs. This was double what the Halifax, the other major bomber used by the RAF, achieved.  The Lancaster also carried the single largest and heaviest bomb used during the Second World War, the 10,000 kg. ‘Grand Slam’, a bomb so large that it hung below the airplane as it would not fit in the bomb bay.

Of the 7,400 Lancaster built, Victory Aircraft Ltd of Malton, Ontario manufactured 430 Lancaster Mk. Xs powered by Packard-built Merlin 28s and 224s. Following the war the RCAF converted a number for service as maritime reconnaissance and search and rescue aircraft, the last of which was retired in 1965.

Victory Aircraft Ltd manufactured Lancaster Mk X., FM136, Serial 31341, in 1945.  Assigned to No. 20th and 30th Maintenance Units in England, it was never issued to an active squadron. Returned to Canada to the depot at Pearce, Alberta, it was eventually converted to Maritime Reconnaissance configuration and taken on strength by No. 404 ‘Buffalo’ (Maritime Patrol) Squadron in Greenwood, Nova Scotia. It was subsequently transferred to No.407 'Demon' (MP) Squadron in Comox, British Columbia carrying operational markings RX-136 until it was struck off strength in April 1961. The aircraft was returned to Fort McLeod, Alberta to be surplused.

FM136 was acquired by the Lancaster Club of Calgary and mounted on a pedestal at the southwest entrance to the Calgary Airport terminal in April 1962. The aircraft was moved to the current museum site exactly thirty years later, in April 1992. The City of Calgary now owns the aircraft. It was restored by the museum and dedicated to Ronnie Jenkins in the summer of 2011. 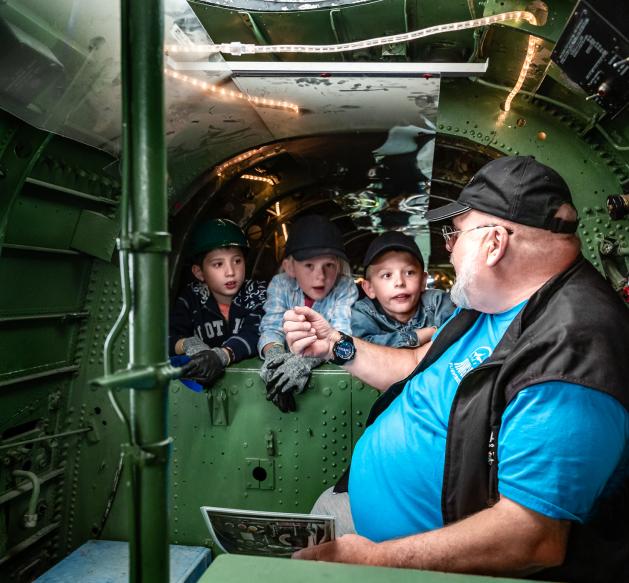 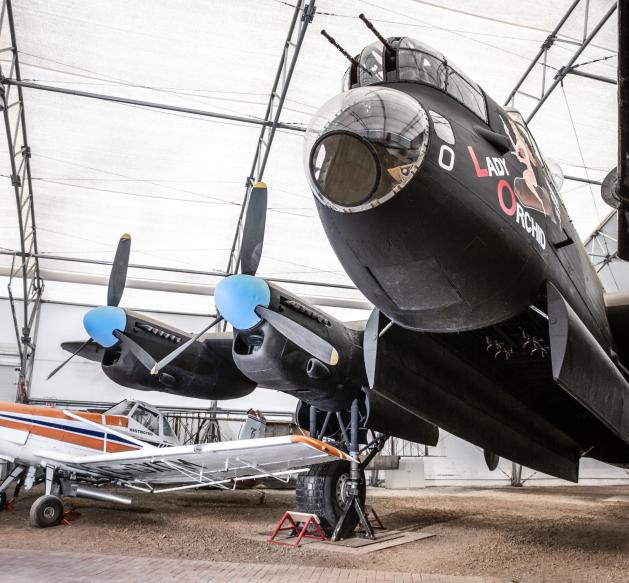 see when this event is running next
LEARN MORE