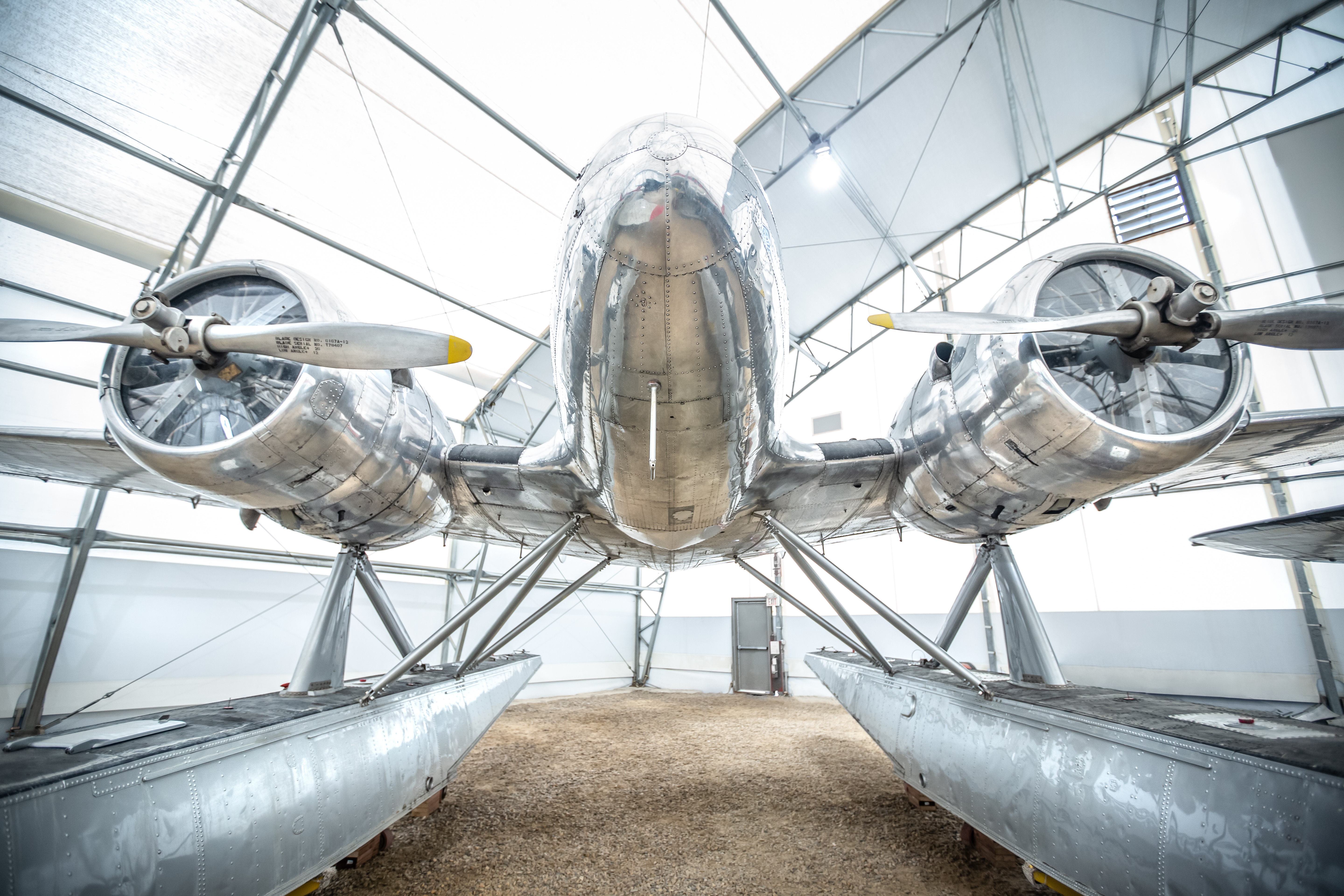 HISTORY OF THE BARKLEY GROW

The aircraft is a twin engine, all metal, low wing transport with a heated cabin arranged for six passengers and a crew of two. The first model was rolled out in April 1937 by Barkley-Grow Corporation of Detroit, Michigan and was tested by famous racing pilot, Lee Gehlback.

A tribute to the Barkley's versatility was the fact that the aircraft could be operated on wheels, skis or floats depending on the season and conditions.  One example was used to attempt the first non-stop flight from New York to Lima, Peru in 1939.  Another was used by Admiral Byrd on his third Antarctic expedition to map large sections of the frozen continent in 1939 and 1940.

In Canada, the Barkley-Grow's finest hours were with small to mid-sized airline companies pioneering routes with the likes of Yukon Southern through B.C., the Yukon and the NW Territories where it helped change bush flying to a regularly scheduled airline system. Though only eleven aircraft were built, surprisingly, three still survive and all are in Alberta! Two belong to our museum. The Yukon Queen (CF-BLV) was owned by and restored for the Coulson Group in Port Alberni, B. C. who later turned it over to our museum. The Yukon Queen is currently on loan to the Alberta Aviation Museum in Edmonton. The prototype Barkley-Grow, serial #1 is in the Reynolds-Alberta Museum in Wetaskiwin.

Barkley-Grow # 8 (CF-BQM) was constructed in 1940 and left the factory under the control of an Aviation Hall of Fame member, Lee Britnell, for Mackenzie Air Service in Edmonton. This aircraft served many Canadian companies, including Pacific Western Airlines, Canadian Pacific Airlines, Parson Airways, Sioux Airways, Northland Airlines Ltd and Associated Airways. It has also been privately owned several times.

Recovered in Quebec by one of the Museum’s founding members Roy Staniland, CF-BQM was flown on floats to Calgary in 1979, landing on Chestermere Lake. Roy donated it to The Hangar Flight Museum for restoration and preservation. 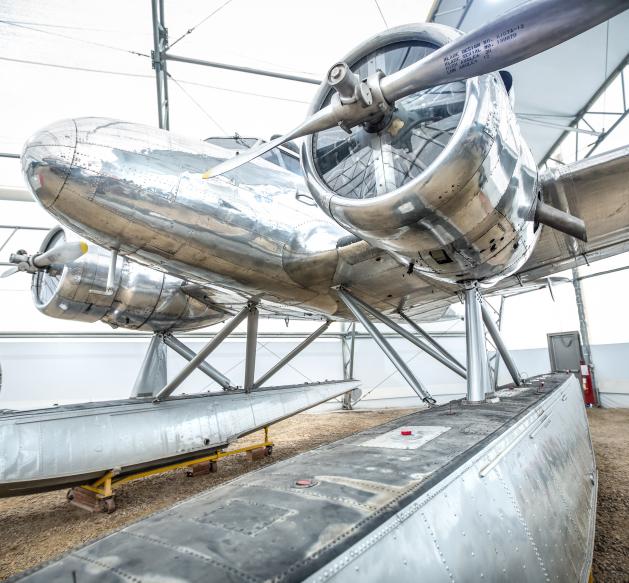 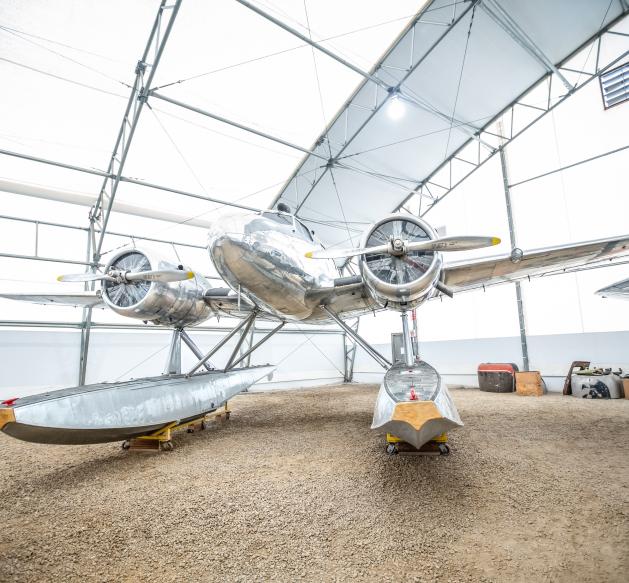 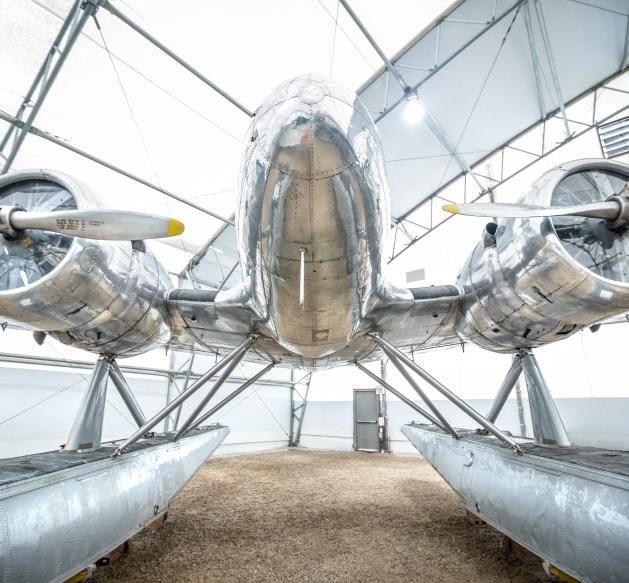