HISTORY OF THE BELL 47

Built by the Bell Aircraft Corporation, the first prototype flew on December 8, 1945. This was the first helicopter to use the amazing high visibility ‘goldfish bowl’ style canopy. On March 8, 1946 the Model 47 was awarded the world’s first helicopter type certification by the US Civil Aeronautics Authority (CAA). Bell built more than 4,000 47s between 1945 and 1974.  Augusta Bell of Italy license built over 1200, Kawasaki of Japan, 239 and Westland of the UK, 239.

The museum’s helicopter, a Bell Model 47G, is falsely registered as CF-NHH, which in this case stands for "No History Helicopter".  It is different from other Bell 47s in that it was not built by Bell, or by its licensees. In 1965 the members of the AME - Aircraft Maintenance Engineer - Technology Program at the Southern Alberta Institute of Technology gathered sufficient helicopter parts to build an operational machine in order to train students in the basic operation and maintenance of helicopters. The parts received were assembled into a typical Bell 47G. The aircraft never received certification or registration. Although CF-"NHH" has no flying history of its own, it was invaluable in the training of students.  It was donated to the Museum by SAIT in 1995.

The helicopter was refurbished in 2004 and was painted in the colours of an Alberta firm that flew the 47G and was actually based out of the building that now houses the Museum: Bullock Helicopters. 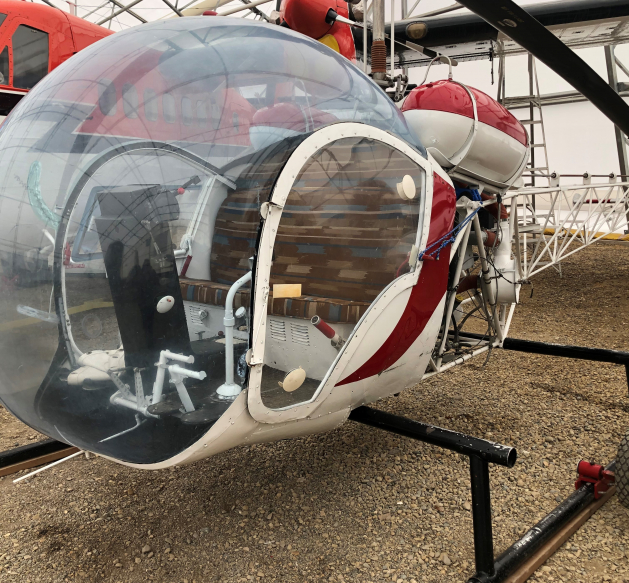 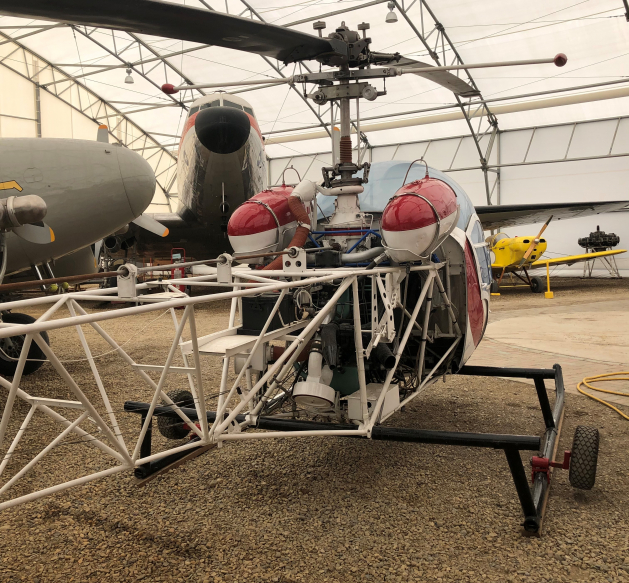 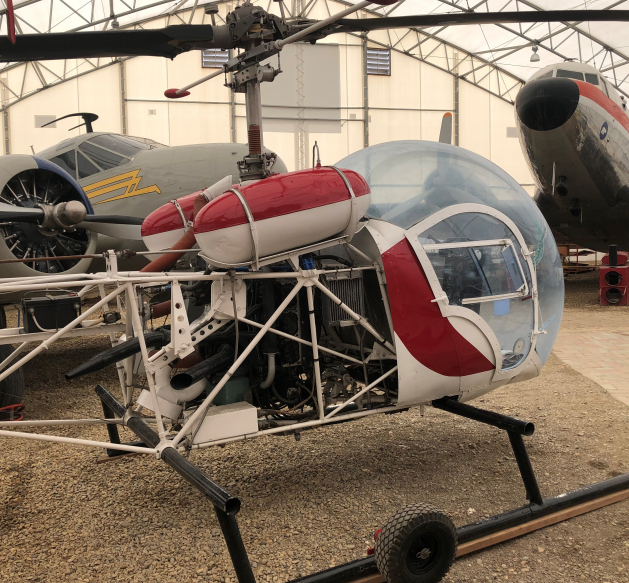