HISTORY OF THE FLY BABY

Originally designed by American aircraft designer and Boeing Company historian Peter M. Bowers in 1960, the Fly Baby is a single seat home built aircraft. The home built nature of the aircraft allowed individual builders to make their own customizations to the aircraft such as: including an upper wing to make a bi-plane and building several configurations of dual-cockpit. The Fly Baby was designed to be able to be built in one’s garage using only basic hand tools. The approachable nature of the build made the design popular and over 500 Fly Baby’s have been built, some are still airworthy today.

The design of the aircraft was made to be simple enough for the “average handyman” in 1962. It featured a wood constructed frame and a fabric covered body. Control surfaces were operated using a mix of cable and push-tube mechanisms. The Fly Baby also had foldable wings when built in the mono-plane configuration. This feature made storage of the plane remarkably easy and was a major reason many people chose to build this plane. The Fly Baby also features fixed landing gear without suspension – shock absorption was exclusively left up to the tires.

The Fly Baby was built using plans, however, it did not come with a kit. This helped save on build cost. Often fuel tanks, engines and other parts were taken from the Piper Cub, another mono-plane from the 1940s and 50s. Most Fly Baby’s had limited electrical instrumentation and relied on visual flight rules.

In Canada, the Fly Baby could be built as either a basic ultra-light aeroplane, or an amateur-built aircraft. Both classifications could be flown with a higher aeroplane license or an Ultra-light Pilot Permit.

Built in 1978, the Museum’s Fly Baby’s mark is C-GWIZ, serial no. 258496. It was used as a recreational aircraft until it was donated to the museum in 2013. Our plane features a covered cockpit – making it rather unique amongst Fly Baby aircraft. 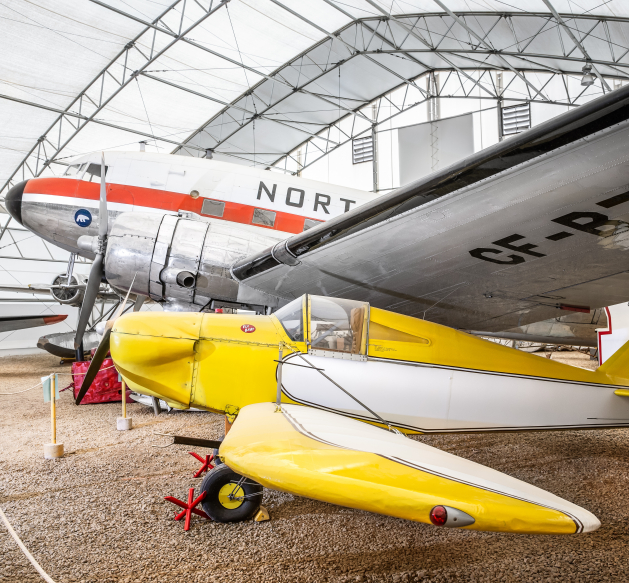 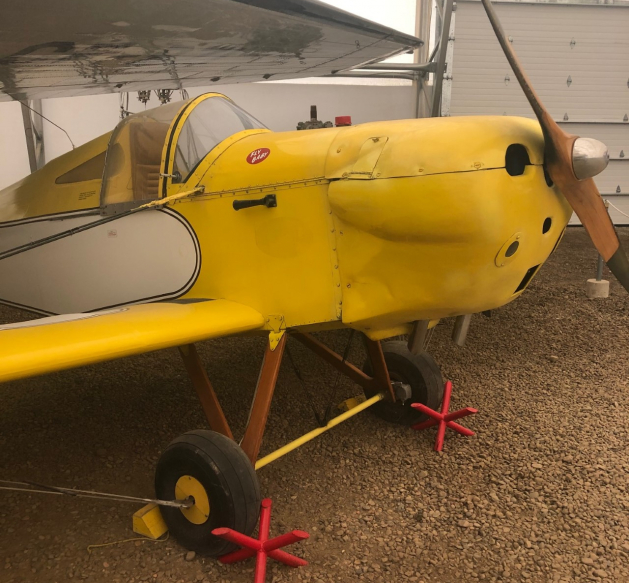 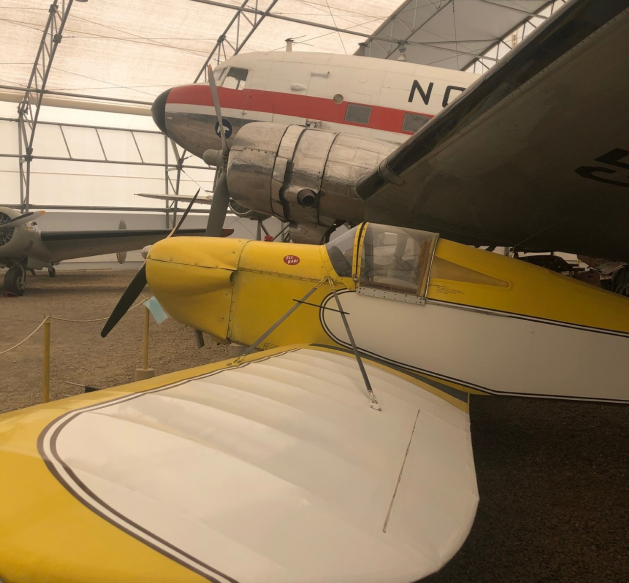