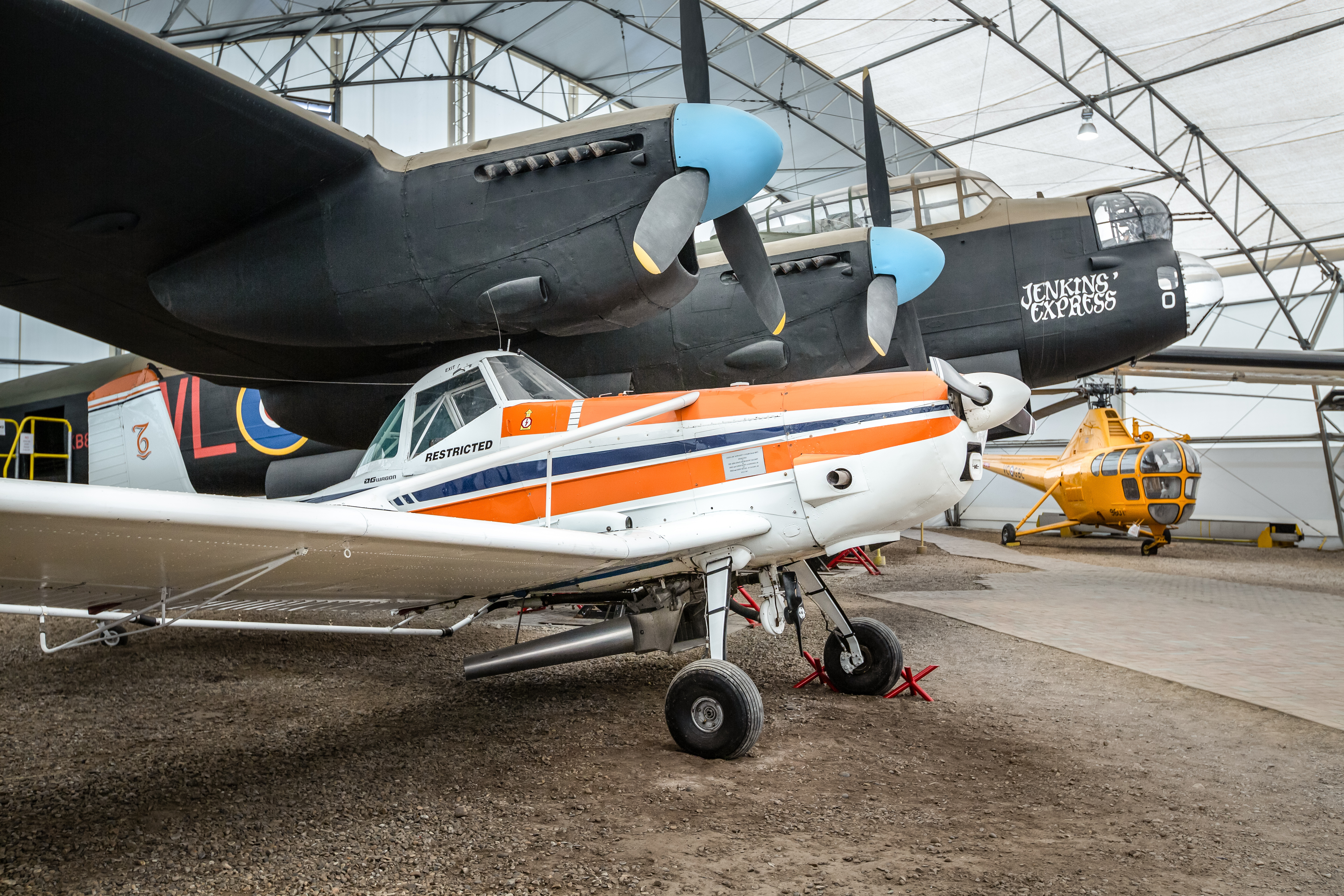 HISTORY OF THE AG WAGON

Cessna Aircraft of Wichita, Kansas built the Cessna AGwagon in 1965 as one of the first purpose-built airplanes for seeding and aerial application of herbicides and pesticides. Prior to this most spray planes were converted from other uses, such as was done with Stearman and Tiger Moth trainers after the Second World War.

Aerial application is one of the most demanding types of flying and potentially hazardous as well. For effective spraying the pilot must fly within ten feet of the ground while avoiding power lines, cables, towers and any other hazards sticking up from the ground.  As well, many of the pesticides and herbicides chemicals are toxic. The pilot must take great care to avoid touching or inhaling the mixtures while loading and spraying the fields.

Cessna ceased production of all of its 'Ag' aircraft in 1985 after building approximately 3975 variants of this design including 53 AGpickups, 1589 AGwagons, 1949 AGtrucks and 385 AGhuskies.

Our aircraft C-GXQM, serial No. 0007, was used by Cessna as a factory demonstrator and is one of the oldest of its type. A slight wander in the rivet lines on the wing indicates that it was hand built before the factory tooled up for mass production.

Greg W. Scott, president of Air Support Alberta Ltd from High River, AB, acquired C-GXQM in 1986 from former High River owner Bob Arn (1985-86).  Prior to that, the aircraft was owned by Ernie McClain (1980-85) and by Don Oldenburg of Vermillion who brought it into Canada on May 20, 1977 from Chinook, Montana, complete with log books dating from the day it left the factory at Wichita. Scott flew the aircraft over southern Alberta fields, effectively crop spraying 150,000 acres.

Donated to the museum by Greg and Leigh Scott, with the assistance of Fred and Dixie McCall. 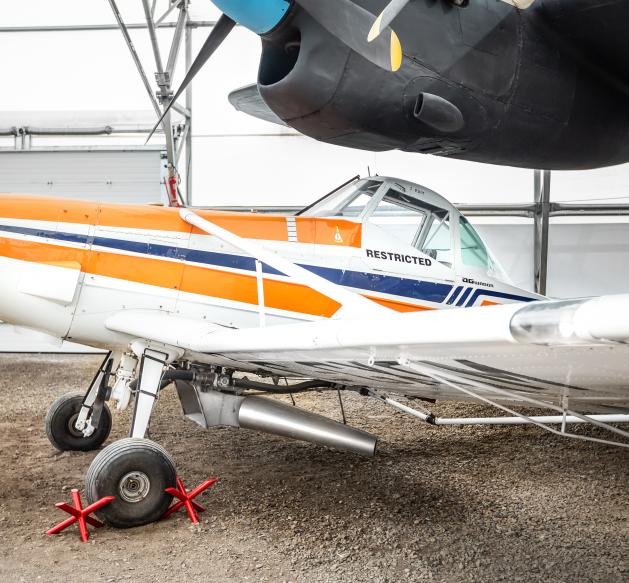