HISTORY OF THE CRANE

At the start of the Second World War, the RCAF began looking for a newer twin-engine flying trainer for its training programs. They decided on the Cessna T-50, a commercial five seat aircraft built in the Wichita, Kansas by Cessna. The T-50 was a small, inexpensive, 2 engine passenger/cargo aircraft which first flew in March 1939. Having 2 pilots, 3 canvas sling seats in the back, and only a baggage door, it would appear to be lacking in both respects for military use. It was nonetheless used to teach pilots how to fly multi-engine aircraft. The US Air Force named their T-50's the Bobcat, while the RCAF referred to their aircraft as the Crane.

The T-50 was traditional in construction of mid-30's aircraft with hand welded steel tubes arranged in triangles for a fuselage, wooden formers and stringers to give shape, and covered in cotton fabric. The solid one-piece elevator and rudder were made of welded tubes. The fin and horizontal stabilizer were wood. The wing was a one-piece assembly with wooden spars and ribs. The plane had a fabric covering. This construction made it relatively inexpensive.

Cessna Cranes were used across Canada in Service Flying Training Schools (SFTS) and in southern Alberta at Lincoln Park, Calgary, Claresholm, and Vulcan.

As with many aircraft used by the BCATP, there was a large surplus of Crane aircraft following war’s end and many were struck off as Crown Assets. They were often sold for as little as $25 to famers who would park them in fields, to be used as chicken coops or sold off as scrap. This is an important part of Western Canadian aviation history that is often overlooked. 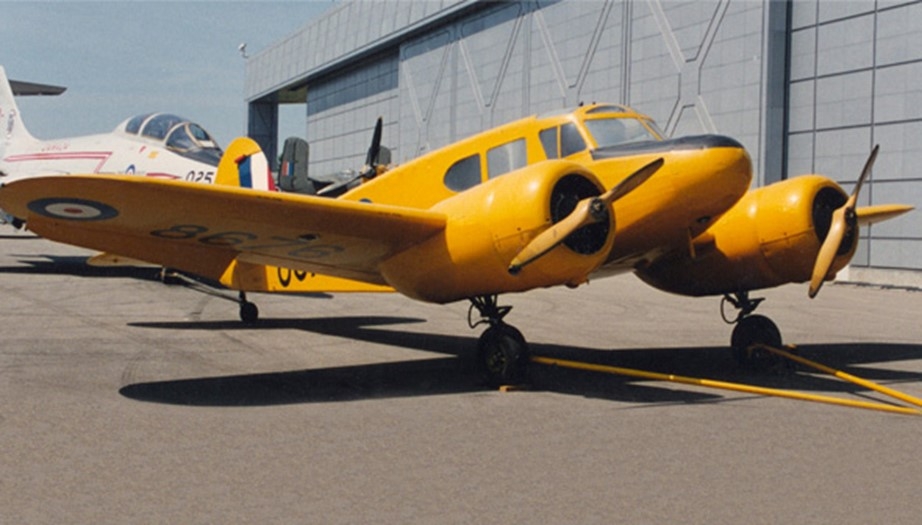 According to collections records, our Crane's fuselage, wing, empennages, and other parts were recovered in Bow Island, Alberta in 1982, having sat outside for a considerable time. They have since been stored inside.

Our fuselage sits behind the DC-3 in the tent. General cleanup is being done at present, replacing window frames, formers and stringers, and showing the tubular triangular construction. The tail empennages may be added later. The single piece wooded cantilever wing sits in the northwest corner of the tent. 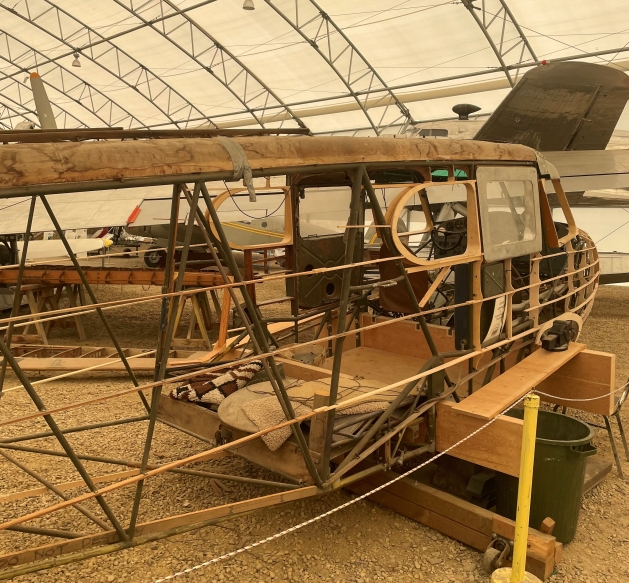 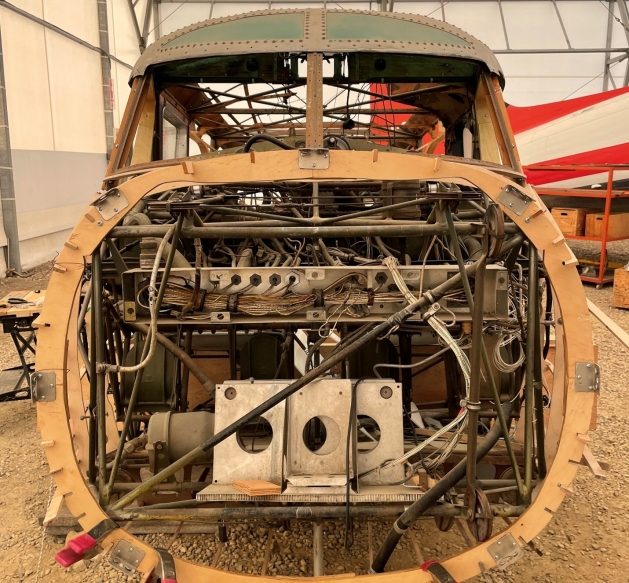 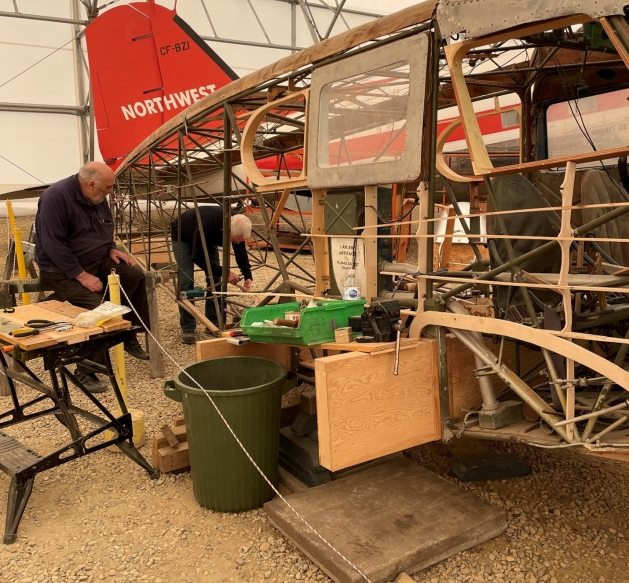 Donate Toward Aircraft Maintenance and Restoration

to support projects such as the Cessna Crane
DONATE NOW