HISTORY OF THE LINK TRAINER

The original Link Trainer was built in 1929 by Alfred Link, a nickelodeon and organ builder. In Canada, Link trainers were built by the Link Manufacturing Corporation in Gananque, Quebec. The Link was moved by electronically actuated pneumatic bellows that controlled the flight characteristics through a system of cam operated air valves. An instructor’s table had controls where they could change inputs such as winds speed and direction, air turbulence, and cockpit instrument function. A mechanical pen would plot the track flown on graph paper as a record of accuracy in instrument flying.

Link trainers were used extensively in the BCATP, if a new student failed to get the hang of it, his career as a pilot was over. It was also used later in flying schools to simulate instrument flying conditions. This allowed instructors to train their students in safety and at much less cost than flying a real airplane.

Originally purchased by the Cu-Nim Gliding Club in the early 1950’s, the Link Trainer on display in the Museum is a British version built in 1941. It was subsequently put into operation at the SAIT Art Smith Aero Centre and eventually donated to The Hangar Flight Museum. Restoration on the Link was completed in 1991 by Mr. Roy Brown. 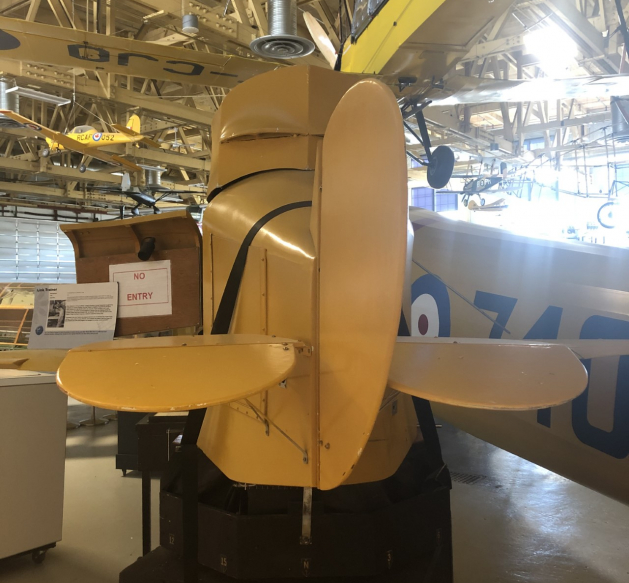 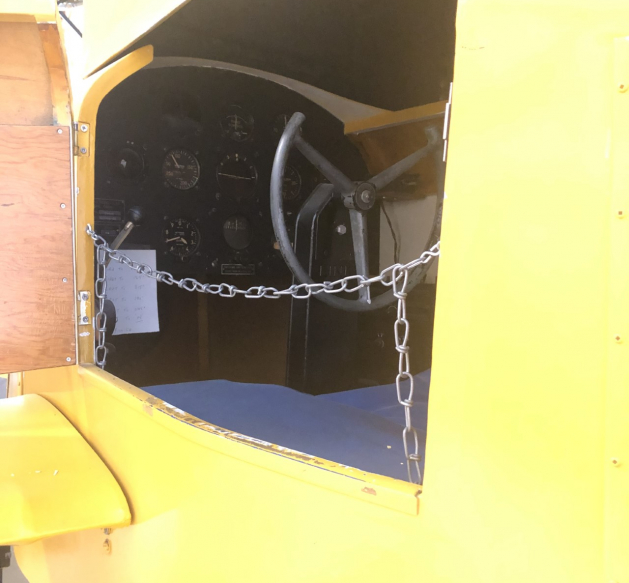 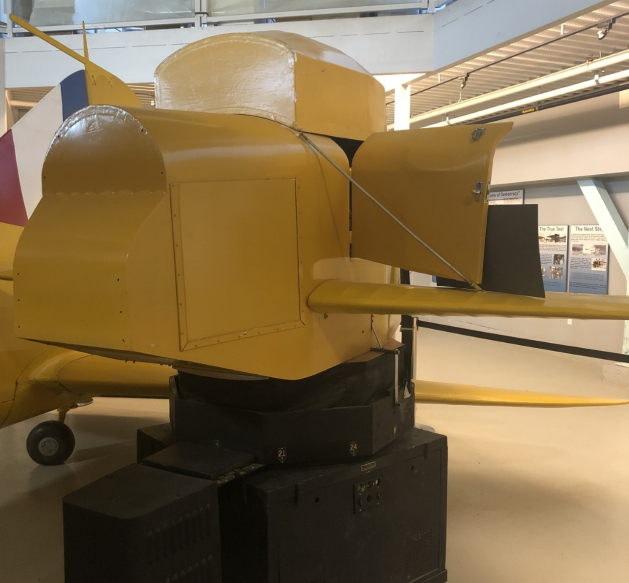