HISTORY OF THE VOODOO

The F-101B Voodoo (designated CF-101B in the RCAF) was built by McDonnell Aircraft Corporation of St. Louis, Missouri in 1957 as a follow on to its earlier F-88 model. It was powered by two axial flow Pratt & Whitney J57 turbojet engines with afterburners. In the interceptor role, a fire-control radar is operated by the navigator in the rear cockpit, with either manual or data-link control. The Voodoo was used during the Vietnam War to fly reconnaissance and combat missions.

The Royal Canadian Air Force maintained a stockpile of AIR-2A Genie unguided nuclear air-to-air rockets as the primary wartime weapon on the CF-101 Voodoo all-weather interceptor after 1965. The rockets were held by detachments of the United States Air Force at the Canadian Voodoo bases, and would have been released to Canada if conflict threatened. These were removed in 1984, when the F-18 Hornet entered squadron service and the Voodoo was retired.

In 1960, following the Arrow cancellation, it was decided to replace the Canadian CF-100 all weather fighter with the Voodoo. A total of 66 aircraft were acquired. In 1970 these aircraft were replaced by other overhauled, refurbished and modernized Voodoos. For 25 years, until 1985, Voodoos provided all weather air defense through the North American Air Defense (NORAD) Agreement, using both conventional and nuclear weapons.

Our Voodoo (# 101021), on loan from DND (Department of National Defense) Ottawa, served with 416 AW (All Weather) Squadron (Lynx) in Chatham, N.B. On January 21, 1981, in a typical Cold War intercept, it was scrambled from Chatham against an unidentified target approaching North America over the Atlantic Ocean. This target turned out to be a Russian Bear turboprop Bomber testing the NORAD air defense system. After the interception, the Bear turned and headed back to Russia. 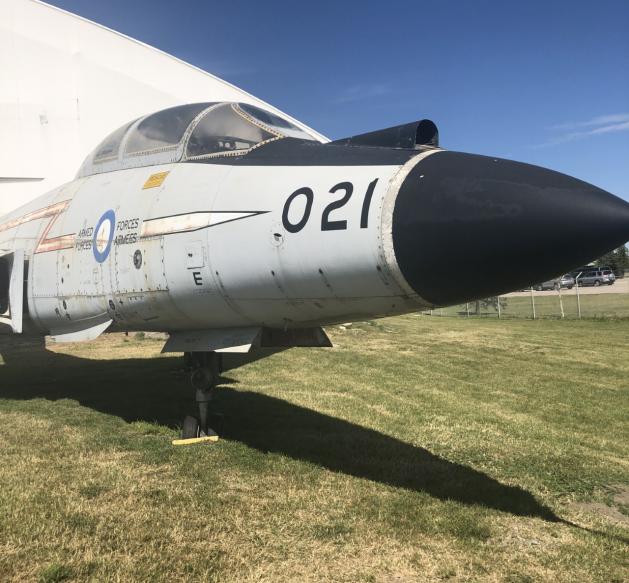 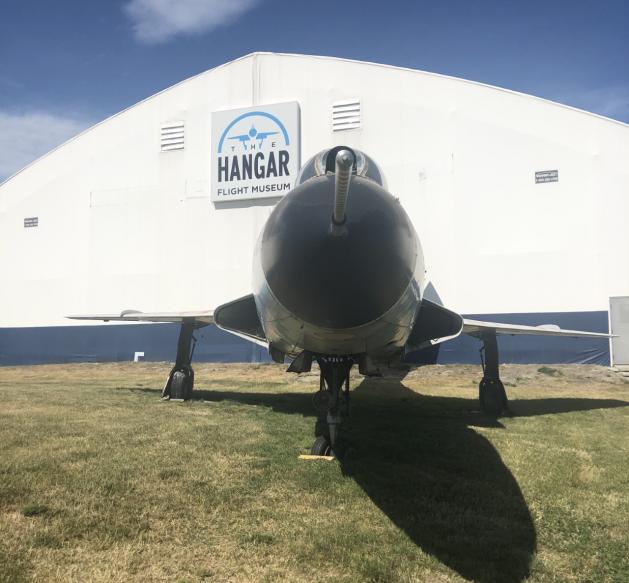 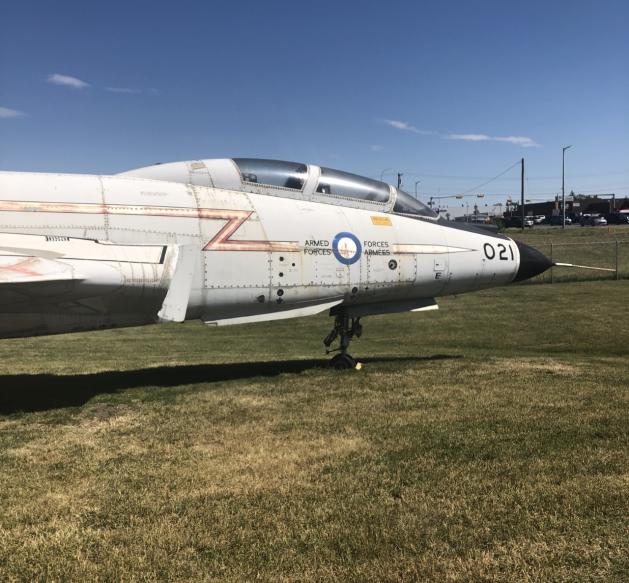