HISTORY OF THE TRIPLANE

Herbert Smith designed the Sopwith Triplane in 1916.  Within weeks it was in combat. While short-lived, with only 144 built, it was one of the great successes of the First World War. Powered by a nine-cylinder Clerget rotary engine, the Triplane was highly maneuverable with an exceptional rate of climb. It gave the pilot the widest possible field of vision and permitted a high rate of roll.

The Triplane was used only by the Royal Naval Air Service and gained a reputation over the Western Front during the heavy aerial fighting of 1917. The Triplane bridged the gap between the Sopwith Pup and Camel.  Production Triplanes entered service with No.1 and 10 (Naval) Squadrons in the spring of 1917. The Triplane was a favourite mount of "B" Flight, the "Black Flight", of No.10 Squadron. This flight was led by "Ace" Raymond Collishaw. Between May and July, 1917 they accounted for 87 enemy aircraft, 33 by Collishaw.

N 6302 is the result of a dream of the late Mr. Stan Green who was an instructor in aeronautics at the Southern Alberta Institute of Technology (SAIT) in Calgary. Working from original blueprints, Green, and later, after Green's death, museum restoration staff and volunteers completed this aircraft in June of 2000.  The engine has been run several times and in theory the aircraft is fully flyable.

The aircraft is painted to represent the aircraft flown by Calgarian Alfred William "Nick" Carter. As a pilot and Flight Commander of "A" Flight of No.10 (Naval) Squadron, he earned a D.S.C. flying the Triplane in 1917 and was credited with 17 victories by the end of the war in 1918. 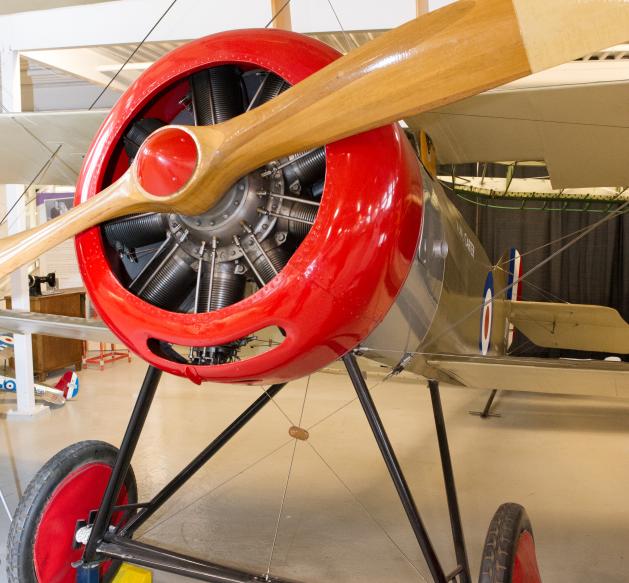 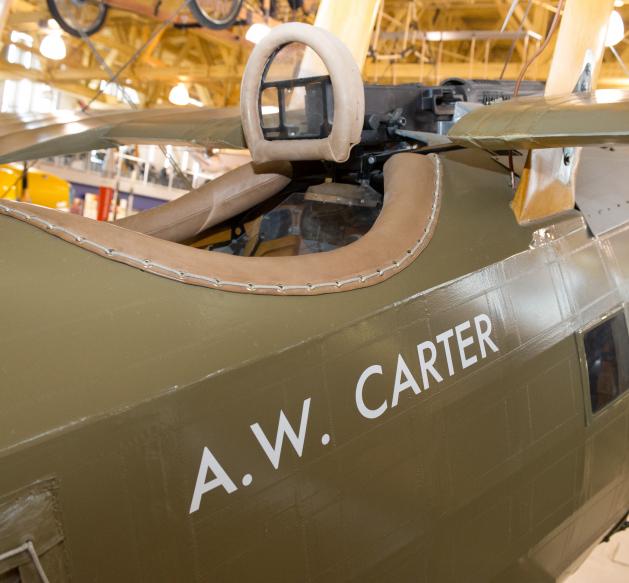 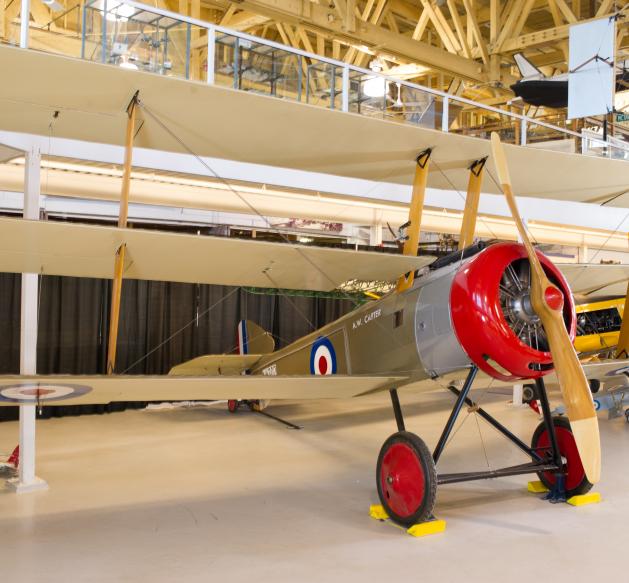